Session 5C: Panel Discussion: Protecting the Vitality of the English-Speaking Community in Québec: The Role of the School

Themes:
Panel discussionVitality of English-speaking QuebecEducational services in the regionsEmployability
What:
Talk
When:
1:50 PM, Thursday 4 Nov 2021 (50 minutes)
Breaks:
BREAK - Join us in Agora, our virtual space for conversations and networking   02:40 PM to 03:10 PM (30 minutes)
Where:
Virtual session
This session is in the past.
The virtual space is closed.
Are you a speaker or staff?
How:

The vitality of the English-speaking communities in the regions rests on four pillars: the presence of a school in the community; active community involvement and support; access to jobs; and the ability of job seekers to function in both French and English. This panel discussion will elaborate on these pillars: the challenge of delivering educational and complementary educational services in the regions to students in their local schools; the ways schools have become active community hubs and are supported by the community; the need for these schools to graduate students with the language skills needed to access the job market; initiatives to improve the job situation in the regions.

Tino Bordonaro is a teacher, administrator, pedagogical consultant and university lecturer, and was appointed Chairperson of the Advisory Board on English Education (ABEE) at the Ministère de l’Éducation du Québec (MEQ). He understands the important role that the local school plays in the vitality of the English community, especially in Quebec’s regions where the school may be the only accessible English institution.

Sandy Astles is joining us from New Carlisle, 10 hours east of Montreal on the Gaspe Coast. She grew up on the coast and did her post-secondary studies at UNB in Fredericton. She then taught for 14 years in Ontario in the French Immersion programs during which time her family grew with two children. The pull to raise her children on the coast and near her parents was so strong that she moved back to the coast in 2006 and taught with the Eastern Shores School Board. After developing a penchant for special needs education, it was a natural move to apply on the Coordinator of Complementary Services in 2016. Since then, Sandy has developed many partnerships with community and health organizations who advocate for English services for her fellow Gaspesians.

John Buck has been President and Chief Executive Officer of the Community Economic Development and Employability Corporation (CEDEC) since 2006. Prior to working at CEDEC, he worked in the field of finance with one of Canada’s leading consulting firms. He is a Board Director on the Organisation for Economic Co-operation and Development (OECD) Local Employment and Economic Development (LEED) Forum; Director on the Board of Directors and Vice-Chair of the Canadian Society of Association Executives (CSAE); and a Director on the Board of Directors of the Provincial Employment Roundtable (PERT). John has studied at Bishop’s University, McGill University and Laurier University and holds degrees in sciences and in business administration. He also holds a Certified Association Executive (CAE) professional designation and certificates in governance from The Institute for Corporate Directors (ICD).

Debbie Horrocks is a Director of the Provincial Resource Team at LEARN, supporting the development of Quebec’s community school network, known as Community Learning Centres (CLCs). Debbie has a Bachelor’s degree from Concordia University and has worked for more than 20 years in community development with the English linguistic minority community in Quebec. She was a Commissioner with the Riverside School board for eighteen years, including eight years as Vice Chairman.  Debbie is the Past President of the Quebec English School Boards Association (QESBA) and Senior’s Action Quebec (SAQ), and was a founding member of RAPID, a non-profit organization formed to promote the development and facilitate the delivery of resources to English-speaking children and adults with special needs on the South Shore of Montreal.  Debbie currently sits on QUESCREN’s ILET committee (Inter Level Educational Table) and the organizing committee for the Education and Vitality Forum. 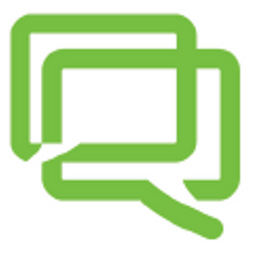 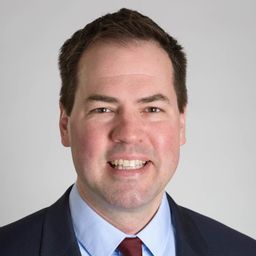