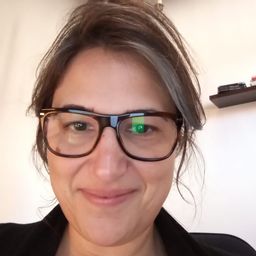 Argentine economist, graduated from the Faculty of Economic Sciences of the University of Buenos Aires (UBA) in 2000. Master’s degree on Social Economics of the National University of General Sarmiento (UNGS) in 2006. Phd candidate for Social Sciences of the Faculty of Social Sciences (UBA), doctoral thesis: "The state promotion of social and solidary economy from a local level. Lessons and challenges in the 24 municipalities of Conurbano Bonaerense in comparative perspective (2012-2018) ", estimated delivery date: June 2021). She had postgraduate studies in local development and epistemology of social sciences at the Latin American Faculty of Social Sciences (FLACSO-Argentina).

Her topics of specialization are developed in three related fields: the social and solidary economy (SSE), specifically microeconomics and financing of SSE; the urban and regional economy and local development; public policy and evaluation on these issues.

She is a researcher and professor in the Urban Economic Systems Area of the Conurbano Institute of the National University of General Sarmiento (ICO-UNGS), currently licensed working in the National State from March 2020. Category II in the discipline "Economics, administration and accounting" of the Program for research and teachers of the Ministry of Education. At that university she co-directed research projects since 2013, usually directed by José Luis Coraggio; and has been a project member since 2003. Since her entry at ICO-UNGS, has held various academic management positions, including the ICO-UNGS Research Coordinator and the Academic Coordinator of the master’s degree in Social Economics.

She teaches undergraduate, graduate, and postgraduate courses at Argentina and internationally, at a face-to-face and virtual level. Abroad, on a regular basis, she is an investigative postgraduate guest professor at the Institute of Research and Urban and Regional Planning of the Federal University of Rio de Janeiro (IPPUR-UFRJ, Brazil) and professor of the master’s degree in Social and Solidary Economics of the Institute of High National Studies (IAEN, Ecuador).

She has experience in the dictation of conferences and the implementation of consultancies and accompaniment of various kinds to state institutions, social enterprises, and social organizations but specifically, experiences of SSE.

She is the author, co-author, organizer, compiler, and editor of books, book chapters, magazine articles and training materials, edited in several countries of Latin America and Europe.

She is one of the Argentine signees of the International Manifesto for a Solidary Economy (www.ruess.com.ar/sites/www.ruess.com.ar/files/adjuntos/manifesto_internacional_para_la_economia_solidaria_le_monde_24.10.20_.pdf)

Since March 2020, she assumed the Technical Coordination of the Advisory Council of the National Institute of Associativism and Social Economy (INAES), one of the main promotion agencies of SSE of Argentina, under the Nacional Ministry of Productive Development.