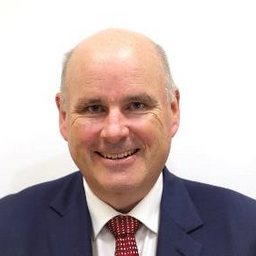 Mr. Stuart is an experienced and recognized business leader in hydrogen, energy technology, and sustainability. Throughout his career he has led innovation and commercialization in private, public, and not-for-profit organizations as well as led teams of highly trained and skilled individuals.

He founded Key DH Technologies Inc. (“KEY”) to advance the businesses of deuterium and hydrogen in 2004. In 2009, KEY created its wholly owned subsidiary Isowater Corporation (www.isowater.com) to develop deuterium oxide production technology. Mr. Stuart has led Isowater’s deuterium enrichment technology advancement as well as its commercial business where it is now a world leader in the sales of deuterium oxide to the Life Science and High Technology sectors for applications such as pharmaceuticals and semi-conductors.

In 2017, Mr. Stuart founded KEY subsidiary Hydrogen Optimized Inc. (www.hydrogenoptimized.com) to advance large-scale hydrogen production systems through the Patented RuggedCell™ water electrolysis equipment to meet the rapidly growing hydrogen demand for carbon neutral solutions in the industrial, chemical, utility and transportation sector. The high current RuggedCell is the world’s largest water electrolysis cell and targeted to be deployed in the world’s largest Green Hydrogen Production Facilities. It has been specifically designed as a scalable technology which could be deployed in single modules of 100s of MW size using an iridium-free design and low-cost mass manufacturing methods.

In 2017, he also oversaw the founding of deutraMed Inc. (www.deutraMed.com), a subsidiary of KEY, to advance the manufacture and sale of high value deuterium precursors and intermediates as well as to advance deuterium-based Contract Manufacturing and Contract Research services and the advancement of intellectual property including its deuterated bio-molecule stabilization platform for mRNA pharmaceutical compounds including vaccines and therapeutics.

Prior to forming KEY, Mr. Stuart was President, CEO and Vice Chairman of Stuart Energy Systems Inc. This company was founded by Canada’s hydrogen pioneer - Alexander T. Stuart (Andrew’s grandfather) - and Alexander K. Stuart (Andrew’s father) in the 1940s and provided some 1,000 Stuart water electrolysis facilities in nearly 100 countries around the world. Andrew pioneered the development and deployment of packaged hydrogen gas production and fueling systems. In the 1990s, he lead the team that developed and deployed solar-hydrogen vehicle filling stations in Canada and California. Mr. Stuart has also served on the board of directors of publicly traded companies Dynetek Industries (a hydrogen storage technology company) as well as Hydrogenics (a hydrogen and fuel cell company now owned by Cummins). Mr. Stuart served for some 17 years on the Member Council of Sustainable Development Technology Canada – a multi-billion-dollar foundation that supports development of clean technologies. He also served for 15 years on the Board of Directors of the NGO Learning for a Sustainable Future including periods of time as its Chairman and CEO. In 2021, he was appointed to the Scientific Advisory Board of Canadian Nuclear Laboratories – Canada’s largest S&T facility.

Sessions in which Andrew Stuart participates