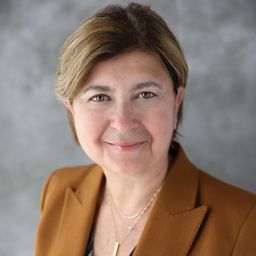 Full Professor, Holder of the BMO Chair in Diversity and Governance,
University of Montreal

Tania Saba is the founder and holder of the BMO Chair in Diversity and Governance and is a Full Professor at the School of Industrial Relations at the Université de Montréal.

Tania is an expert and has published extensively on issues of diversity management, workforce aging, intergenerational value differences, knowledge transfer, future skills, transformation of employment relations and work organization. Her publications were awarded on many occasions. She collaborates on major research projects with public and private organizations on issues of employment integration and adaptation of disadvantaged groups. Tania oversees the Quebec and Canada Francophone chapter for the Ryerson-led Women Entrepreneurship Knowledge Hub (WEKH)project. She is a member of CRIMT (Interuniversity Centre on Globalization and Work), CERIUM (the Montreal Centre for International Studies) and OBVIA (International Observatory on the Social Impacts of AI and Digital technologies)

In addition to her academic career, Tania Saba has held several leadership positions at the Université de Montréal; first female Chair of the School of Industrial Relations (2008-2010); Associate Dean of Undergraduate Studies (2010-2012) and Associate Dean of Graduate Studies and External Affairs at the Faculty of Arts and Sciences (2012-2015). She acted as Dean of the Faculty of Arts and Science from 2015 to 2017.