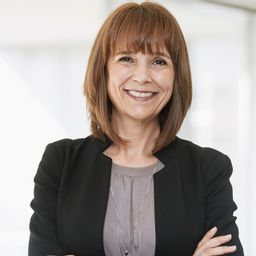 Nathalie Dubois has served as Hydro-Québec’s Vice President – Human Resources since June 2017. In that capacity, she is responsible for talent acquisition, total compensation, skills development, labor relations and organizational performance, along with third-party and company asset security, including ITC security. She also supports corporate development.

In her close to thirty years in human resources, she has managed many large-scale projects in the areas of continuous change and business transformation. She worked in the manufacturing sector for 20 years, first at General Motors of Canada, where she was in charge of developing operational processes, improving labor relations and solving production problems in order to increase productivity, then at Pratt & Whitney Canada, where she held the positions of HR Manager – Operations, and Senior HR Director – Aftermarket Customer Services. She also spent two years at Cirque du Soleil as HR Manager and assistant to the Vice President – HR.

After joining Hydro-Québec in 2011 as HR Director at Hydro-Québec Distribution, in 2012, Ms. Dubois was appointed Director – Operational Services, Human Resources, at Hydro-Québec, where she set up and supervised an HR service centre to offer quality service to some 20,000 company employees. In 2016, she accepted the position of Vice President, HR Service Centre, and HR officer (in general insurance) with Mouvement Desjardins.