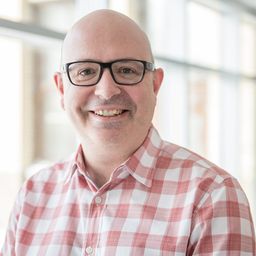 Associate Professor, Faculty of Arts and Sciences - Department of Physics
University of Montreal
Jean-François Arguin is a faculty at the Department of Physics of Université de Montréal, where he also completed his B.Sc and M.Sc. He obtained his Ph.D. from the University of Toronto and then moved to Berkeley in 2005 for a Chamberlain postdoctoral fellowship. He obtained a permanent academic position at the Lawrence Berkeley Laboratory in 2010 and moved to Université de Montréal as an assistant professor in 2012. His research focuses on the Large Hadron Collider (LHC), the largest particle collider ever built that is located in Geneva, Switzerland. His research group is currently working on applying artificial intelligence techniques to better understand the results of the LHC collisions, which reproduce the conditions of the Universe a fraction of seconds after the Big Bang. He is also involved in the cause of gender parity in sciences and has co-founded the project Parité sciences that aims to increase the fraction of women in the fields where they are under-represented, such as computing science, mathematics, and physics.

Watch a preview of the topic presented by Dr. Arguin