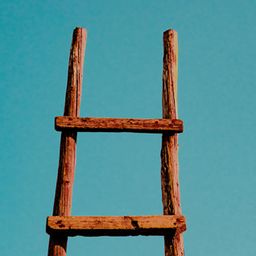 Since April 2020, Mr. Julio Vicente Cateia, has been a postdoct committee in the Department of Economics at the Laval University, under the supervision of Professor Luca Tiberti. Mr. Julio is working on a research project on gender differences regarding the effects of climate shocks on children and adolescents in Brazil. This project aims to identify the cultural norms and socio-economic factors that explain the differences between girls and boys according to several human capital indicators.

In February 2020, Mr. Julio got a Phd in Economic Development from the Federal University of Paraná (UFPR), Brazil, whose dissertation assesses the impacts of infrastructure investments, productivity and trade policies on the socioeconomic results in Guinea-Bissau. His Ph.D dissertation was supervised by Prof. Terciane Sabadini Carvalho and Co-Supervised by Prof. Mauricio Vaz Lobo Bittencourt, both full Professor of the Graduate Program in Economic Development and the Department of Economics at the UFPR. Once successful in using computable general equilibrium (CGE) framework, he  is the first to apply a CGE model to the economy of this least developing country.  Back in 2019, he did a research internship at the Université de Sherbrooke, Canada, where he deepened his programming skills and calibration of CGE models for infrastructure investment policies analysis purposes under supervision of Prof. Luc Savard.

In 2016, he got a master's degree in Economics and Development from the Federal University of Santa Maria, Brazil, with a thesis supervised by Prof. Gilberto Oliveira Veloso and co-supervised by Prof. Paulo Ricardo Feistel.  His Master's thesis estimates the impact of relative prices changes on the cashew trade in Guinea-Bissau. In particular, he valued how internal and external variables can compromise the application of anti-poverty policy in a monocultural and low perfomance economies such as that of Guinea-Bissau. Moreover, in 2013, Mr. Julio got his bachelor's degree in  Economics from State University of Sao Paulo, Brazil. In his bacherol monography, the final work supervised by Profs. Mario Augosto Bertella and Rogerio Gomes, he reviewed the applications «Millennium Development Goals» in Guinea-Bissau.

He has presented articles in several conferences including The 26th Input-Output (IIOA) conference and 48 National Meeting of the Association of Graduate Programs in Economics (ANPEC Nacional-Brazil), just to name a few. Beside to being a referee of Revista de Economia (UFPR journal) and Revista de Gestão, Finanças e Contabilidade, as well as a Reviewer of academic conference papers, Mr. Julio has published books chapter and peer-reviewed papers in some top economics journals.